skip to main | skip to sidebar

This blog is pretty dead, check out my new tumblr - all future updates will be made there.

It's been ages since my last update!

So my last big project was the Nelson Mandela Doodle project.  My manager suggested it to me a few months ago and my initial reaction was that it'd have to be a serious and somber sort of Doodle, which was a bummer because I was looking forward to doing something wacky/fun.

After doing some more research on Mr. Mandela, I realized I could make something fun out of this project for myself.  I thought the best way to present Nelson Mandela was through his words.  The project became a good opportunity for me to learn how to use After Effects and get better at typography/hand lettering.  I started by selecting a few of his most famous quotes, did some research on Nelson Mandela and South Africa, and did some research on typography and hand lettering.

Here's the final art work that I used in After Effects:

This is an early sketch of the home page screen. 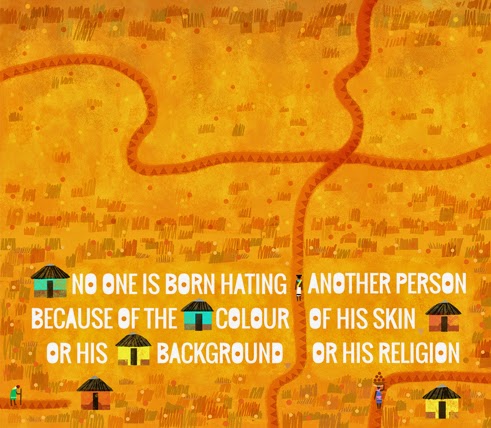 The second and third slides are the only slides (other than the home page) where I used a pre-existing font.  The little houses are houses commonly seen in the Mvezo, the part of South Africa Nelson Mandela was born and grew up in.

Earlier version of the slide.  The quote was too long, so it ended up getting cut into two parts. 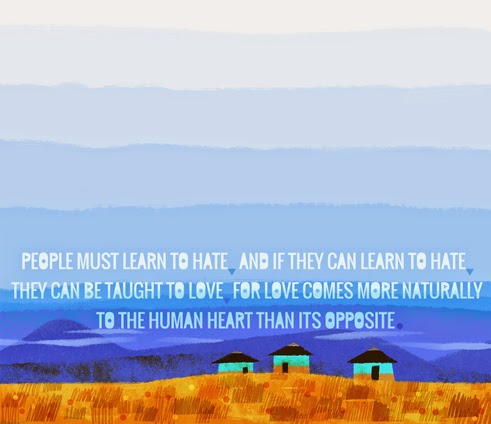 This is the previous version of the slide, the quote got changed at the last minute because it turns out this is not actually a Nelson Mandela quote, even if it is commonly attributed to him.

An even earlier version of the slide that would have required more complex animation.

Earlier versions of the jail slide with some rough lettering. 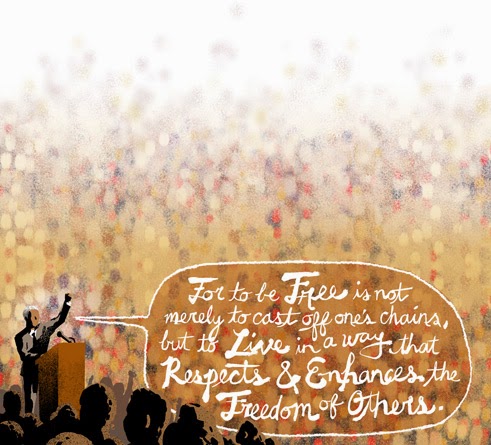 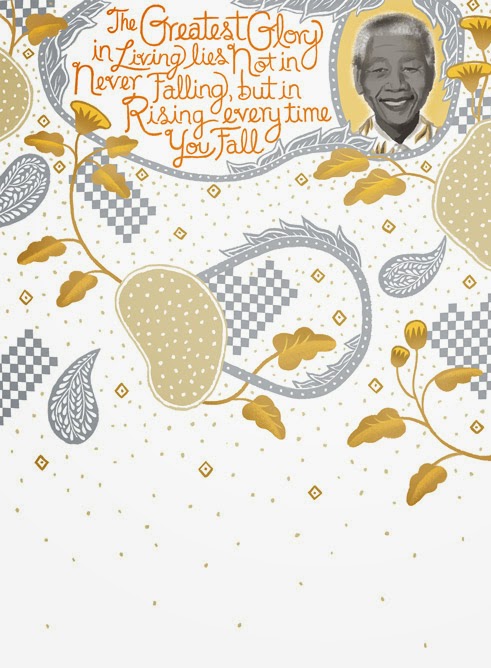 The graphics on this slide are inspired by the silk shirts Nelson Mandela liked to wear called
Madiba shirts.

I really wanted to end the slide show with the quote "It always seems impossible until it's done", but it turns out that that's not a real Nelson Mandela quote!  Thanks to the Mandela Foundation for fact checking this project.

Erwin Schrodinger was a physicist, most people know him by his theory called "Schrodinger's Cat".  I am one of those people, and having never taken a physics class, I knew absolutely nothing beyond that!   Not wanting to run the risk of writing math/physics gobbledy gook, I consulted someone at Google who knew physics (about 99% of the company), who explained to me the meaning behind Shrodinger's cat.  My first pass at a reference sheet looked like this: 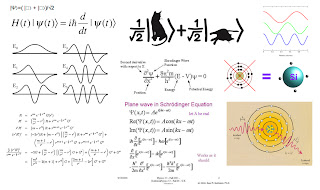 Not a lot of understandable material for me to work with, but a start!  After some more back and forth between the physics consultant and the doodle team, I came up with a solution that was fun, creative, and informed by actual knowledge without alienating people who knew physics and people who didn't.  This is the sketch:

It looks like the cat is farting, so I knew I had to move it around a lot...

The next challenge was, how do I stylize this?  What's the artistic and stylistic inspiration behind the visuals?  I don't like making uninformed design decisions, so I did some more research.  Since "Schrodinger's Cat" is a term used to explain something very complicated theory in quantum physics, it made me think of how very complicated things are explained in children's science books.  I looked up some graphics from some old science books and really liked the graphic treatment and fun illustrations and decided to use that as a starting point.  If you look carefully, you can probably see how I selectively stole from my reference to create the final image: 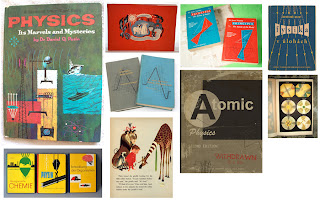 Hey everyone, I'm going to be a mentor for Motivarti.org 's Fall 2013 curriculum.  If you'd like me to be your mentor, apply at their website by July 24th!  Click on the image for more details:

Here are the backgrounds I did for the July 8th Roswell's 66th anniversary doodle game.  Play the game here! 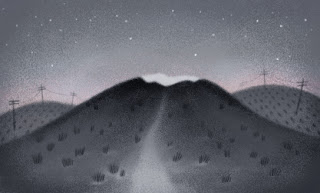 Some sketches done beforehand, exploring a limited palette and a certain soft/graphite stylization: 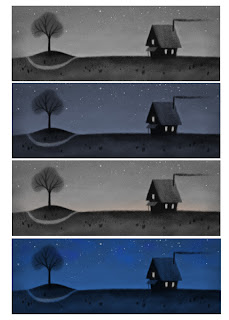 We compiled a reference board first before drawing anything.  I consider this one of the most important steps, but many often skip it in their haste to start a beautiful painting.  The board clearly shows what we have in mind with reference from real life and pre-existing media: 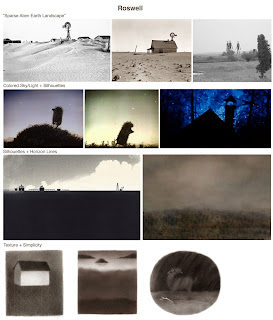